Republic Act 6038 as amended by Presidential Decree 269 established the existence of electric cooperatives in the country. Cebu II Electric Cooperative,Inc. acronym "CEBECO II", was organized on December 28, 1977 as the 97th electric cooperative in the country. CEBECO II actually started it initial operation on October 1979, taking over the old generating machineries of Visayan Electric Company (VECO) at their branch office in Bogo, Cebu serving only the households within the Poblacion.

From then on, CEBECO II started the construction of the backbone lines in all municipalities and finally on December 19, 1981 all the Municipalities within franchise area except the towns of Tabuelan and Tuburan was energized getting power from the National Power Corporation (NPC). The band of committed men and women chartered the course of CEBECO II in its infant stage together with the unselfish efforts of the National Electrification Administration (NEA), Provincial Electrification Committee (PEC) and District Electrification Committee (DEC) members, local and provincial leaders and its member consumers as well. Under vibrant leadership of the "First Outstanding General Manager " Engr. Benhur L. Salimbangon, CEBECO II became the first to be awarded as the "Most Outstanding Electric Cooperative in the Philippines" in 1985 by NEA. It has consistently remained among the top ten EC's in the country.

In 1989, the dazzling and brillant Fr. Francisco G. Silva took over the helm. Under his able leadership, CEBECO II, together with the other two Cebu coops (CEBECO I and CEBECO III) which he concurrently managed, was elevated to the "Hall of Fame" in 1996. CEBECO II has been categorized by NEA as Category A+, Extra Large EC for the past 8 years.

In 2001, when Fr. Silva was appointed by President Gloria Macapagal Arroyo as Administrator of the Natioanal Electrification Administration, the competent Engr. Edecio C. Satina took charge of managing the three CEBECOs. He continued the programs of his predecessor and has proven his worth. He could well be the most proficient among General Managers of Electric Cooperative today. 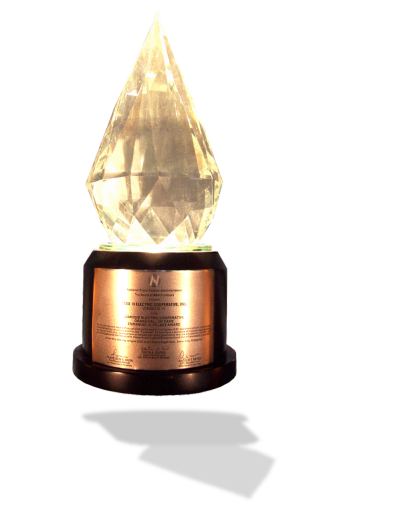 The Board then decided to designate the Management Team composed of the department managers to take the wheel in managing the overall operations of the cooperative until a replacement is appointed.

The EPIRA environment has created a lot of challenges in the electric industry. Faced with tremendous pressures, the need to appoint a new general manager from the ranks was thoroughly discussed by the Board. Finally, after consultations and a referendum, on August 28, 2007 the Board appointed Engr. Peter B. Señeres as Officer-in-Charge of the coop.

On November 8, 2007, after having undergone the process of selection, NEA confirmed the appointment of Engr. Peter B. Señeres as the new General Manager of CEBECO II. Just like an abled Captain of a ship, Engr. Señeres sailed “BARKO CEBECO II” with the full support of all the employees until he resigned on April of 2013.

The Board then designated Engr. Gannymede B. Tiu as OIC supported by a team called “Task Force 7” to act as Management.

On April 1, 2014, Engr. Tiu made history when his appointment as General Manager was confirmed by a handshake. Tiu managed to sail “BARKO CEBECO II” until his resignation on October of the same year. Assistant General Manager Amelita L. Valencia was then appointed as Officer-in-Charge of CEBECO II with the support of a Management Team.

The skillful leadership of the previous general managers has molded highly motivated, committed and competent workers through the religious practice of the Seven-fold Corporate Culture of Discipline, Hard Work, Honesty, Thrift, Teamwork, Generosity and Gratitude.

With the Corporate Credo guiding in each employee’s heart, surely CEBECO II will deliver its efficient service to its member-consumer-owners as it continues to “Serve Power for Progress”.